...I'd had the caR for about 7 months, and learned to rely on its bumper-mounted proximity sensors: When backing up, any object within a few feet of the rear bumper is (supposed to be) detected, and a prominent beeping sound comes from the audio system speakers.

If/as the object and the bumper come increasingly closer there is a decreasing interval of silence between beeps, until the beeps become a solid tone once the separation decreases to about 1 foot.

So, out on a first date, backing up slowly after dinner, I was confidently paying more attention to my companion than an unseen small dark object in a parking lot. The system remained silent until sudden surprising soft impact, causing damage to the rear bumper cover -- right on the sensor itself! -- whereupon the solid tone sounded (<sarcasm>gee, thanks a lot, Volvo</sarcasm>): 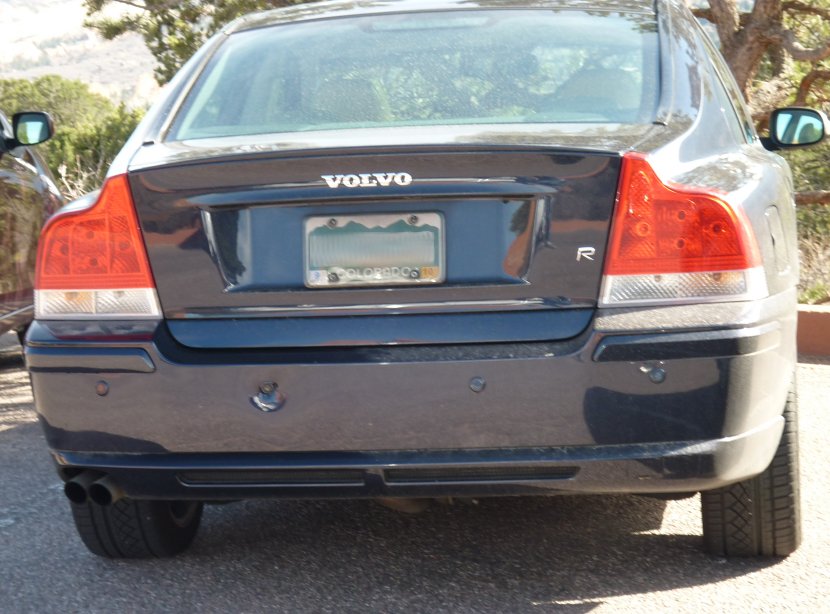 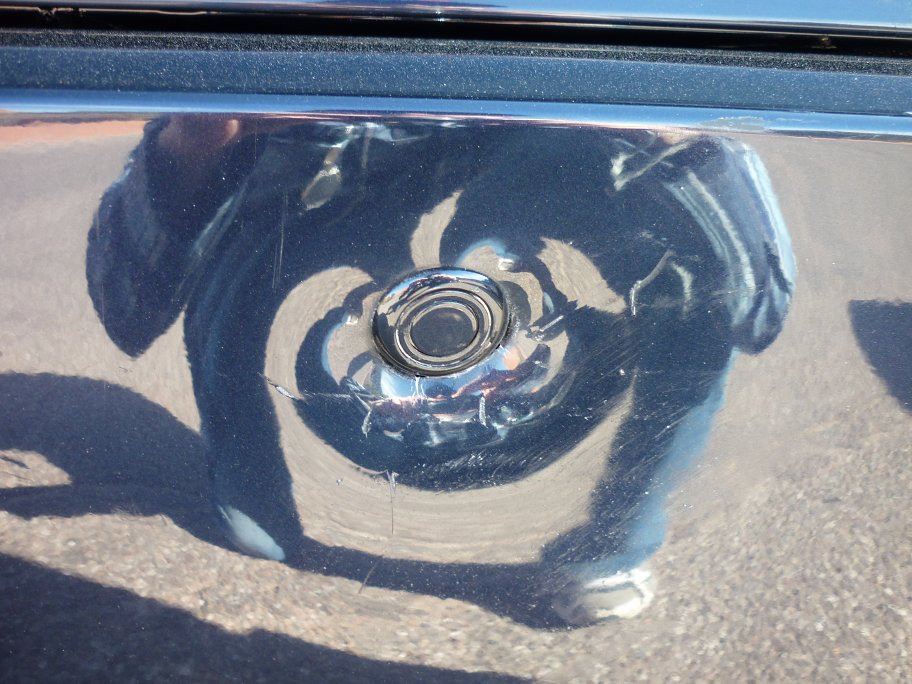 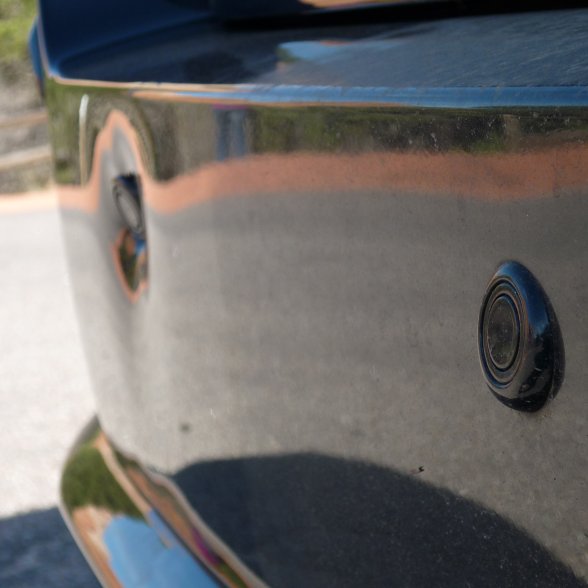 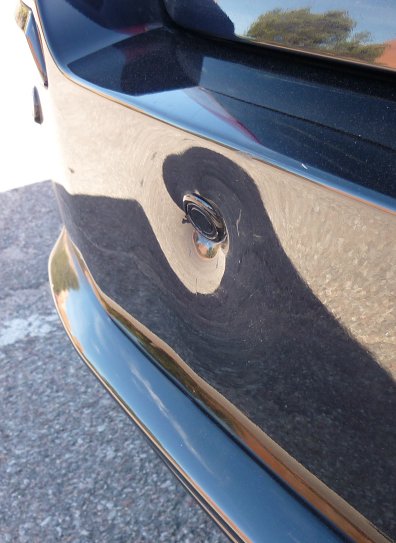 Naturally, given that the caR was still under warranty, I informed the Volvo dealer that a Volvo safety system had failed. So the Volvo dealer hooked its Volvo computer up to my Volvo's computer, found no error codes, so the Volvo representative 'assured' me that there had been no Volvo failure.